iGorilla: A Mobile App to Help Save African Gorillas 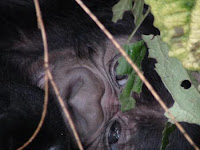 What if there was a way to help save the African gorillas with your mobile phone? iGorilla, available for the iPhone and iPad, allow users to follow the lives of gorilla families in Virunga National Park’s remote forests. Through the Apple App Store, iGorilla costs $4.00, with $2.80 going toward supporting the efforts of preserving the natural habitat of the park, which is located in the Democratic Republic of Congo and declared a UNESCO World Heritage Site in 1979. Upon downloading the app, users are able to choose a gorilla family, learn more about individual members and follow their lives through reports, photographs and videos. (Photo: gorillacd.org)

AppleiPhoneReview.com provides a thorough review of the iGorilla app. The review notes that a mobile device app is a great way for nonprofits to engage with their donors who are on the go. “Although not the first charity-based iPhone app, iGorilla is a good model for savvy organizations that see the increasing relevance of the mobile web.” In addition to engaging with donors, mobile apps provide an opportunity for nonprofits to tell their story and promote operational transparency and financial accountability.

The review also notes a few shortcomings of iGorilla. “What is sorely missing from this app is social media integration. The Gorilla.cd website gives visitors the opportunity to share blog posts, videos and pictures on Facebook and via email, but the iPhone app lacks this social sharing capability. It would also be great to see the park add features to give users more opportunities/reminders to donate. What if I was able to get a pop-up notification each time a post relating to my gorilla family was added? What if blog posts outlined the problem and exactly what materials are needed to fix it, then offered a chance to donate funds for these specific items. This would contribute to the transparency that the park has already cultivated on its website, where people can pitch in to specifically purchase petrol, sacks, and support for gorilla orphans as well as park rangers.” (Photo: Juan Pablo Moreiras/UNESCO)

I invite readers of this blog to share their ideas on how can a nonprofit organization broaden its footprint through mobile apps. What are some of the other organizations using mobile apps?
Posted by Aaron Rose at 9:12 PM No comments: 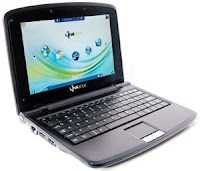 South Africa-based Vodacom announced the launch of the Linkbook, a low-cost compact computer designed specifically to provide users with simple and affordable Internet access. According to company’s press release, “The Linkbook’s operating system is geared primarily towards a user-friendly web experience; from email to social networking and browsing, as well as basic Open Office - everything a business entrepreneur, student or first-time PC user could need in a computer. Everything works off the desktop - including shortcuts to popular local online content and e-commerce websites - making it the most intuitive, simple to operate device of its kind available anywhere in the world.” (Photo: Vodacom)

The Linkbook, which has an embedded SIM card, as well as two USB ports, will be available on a 24-month contract at a subscription fee of R199 per month, including a monthly 300 MB data bundle, from participating Vodacom outlets, nationwide. The Linkbook website explains, “With an embedded HSDPA module for totally wireless internet connectivity, the attractively designed Linkbook is compact in size, has advanced design functionality, a user-friendly interface and the fact that everything works off the desktop - including easy-to-navigate shortcuts to popular online content and e-commerce web sites - makes it the most intuitive, simple to operate device of its kind.”

The Linkbook is targeted for markets where low PC penetration rates exist. While I have not tested the low-cost computer, I support any product that focuses on increasing Internet accessibility, thus closing the digital divide that exists in emerging and developing countries. In order to become a productive participant as an industrialized nation, low-cost computers and smartphones are essential for people to connect with a vital service, the Internet, which is used as an educational, economic, and health care tool to promotes sustainable development.
Posted by Aaron Rose at 10:55 PM No comments:

For too long, the South African government has largely ignored the humanitarian and economic problems caused by AIDS. While the African continent in segmented in clearly defined regions, each having its own prescribed strengths and weaknesses, South Africa is widely considered the continent’s leader as the wealthiest country, both in gross domestic capita (GDP) per capita and in total GDP. However, as the country that produces 22 percent of Africa’s GDP, according to the International Monetary Fund, South Africa has historically failed to take a leading role in addressing its AIDS problem. Therefore, it gives me great encouragement to learn about that the South African government is increasing its efforts to combat AIDS.
Celia Dugger’s New York Times article published on April 15, 2010 explains that South Africa’s “undertaking will be expensive and difficult to pull off, but in the past month alone the government has enabled 519 hospitals and clinics to dispense AIDS medicines, more than it had in all the years combined since South Africa began providing antiretroviral drugs to its people in 2004, South African health officials said. To accomplish this, the government has trained the hundreds of nurses now prescribing the drugs — formerly the province of doctors — and will train thousands more so that each of the country’s 4,333 public clinics can dispense AIDS medicines, a step Health Minister Aaron Motsoaledi called essential to combating ‘this monster amongst us’ in a country short of physicians.”
By hosting the 2010 FIFA World Cup, South Africa will attempt to demonstrate itself as a strong player in today’s increasing global world. More important than the hosting one of world’s largest sporting events, South Africa is finally making significant efforts to fight the deadly disease that has caused South Africa to serve as a country to be “most severely affected by the AIDS epidemic, with the largest number of HIV infections in the world,” according to the South Africa 2010 Country Progress Report.
The Country Progress Report further explains, “Heterosexual sex is recognized as the predominant mode of HIV transmission in the country followed by mother-to-child transmission, and drivers of the epidemic include migration, low perceptions of risk, and multiple concurrent sexual partnerships.” While I do not want to diminish the essential efforts of South Africa’s strategy to treat AIDS, there must be an equally concentrated effort to teach prevention among adults and children alike. In order for emerging countries like South Africa to have a significant role in the global economy, it must maintain an educated and healthy workforce. South Africa has a great incentive to reduce its HIV infection rate, which now occurs at 1,500 per day, according to the health minister, before treatment costs rise further.
Aaron Rose is a board member, corporate advisor, and co-founder of great companies. He also serves as the editor of GT Perspectives, an online forum focused on turning perspective into opportunity.
Posted by Aaron Rose at 12:08 PM No comments: