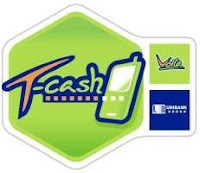 Approximately 85 percent of Haïtians households own a mobile phone, but very few have access to banking or lending services. On December 3, 2010, wireless operator Voilà, a subsidiary of Bellevue, Washington-based Trilogy International Partners, and Haïti-based Unibank has launched T-Cash, Haïti’s first mobile money solution. The press release says that this service is a “first-of-its-kind service in Haiti” serving hundreds of thousands of the unbanked Haïtians in regions unreached by traditional financial service providers. Accessible through their Voilà mobile phone, Haïtians will now have access to a full suite of banking and m-commerce services. “By leveraging Unibank’s nationwide network of merchants and tapping into Voilà’s base of over 1 million subscribers, this partnership creates a valuable financial ecosystem with the potential to impact millions of Haitians throughout the country. In partnership with applications service provider MoreMagic, Voilà and Unibank have delivered their mobile payment solutions in a secure, hosted, and fully managed environment.”

With T-Cash, Voilà subscribers throughout Haïti now have the ability to complete domestic peer-to-peer money transfers, bill pay, payroll services, and expanded mobile commerce capabilities. An initial and unique feature of the T-Cash service will be a ‘mini wallet.’ The mini wallet allows Voilà subscribers to immediately activate the T-Cash service and store up to 2500HTG (US$62.50) by entering a code on their Voilà mobile phone. This easy to use, mini wallet feature will allow for rapid, widespread adoption and access nationwide. By January 2011, Voilà and Unibank are preparing to establish over a thousand affiliated merchants and cash in/cash out locations throughout the country.

In a country that has been ravaged by natural disasters such as hurricanes and flooding, and the devastating earthquake on January 12, 2010, I am very encouraged to see the private sector implement a solution to provide banking services for Haïtians through mobile technology. Households with access to savings accounts are more likely to invest in education, increase productivity and income, and reduce vulnerability to illness and other unexpected events. Through a mini wallet and other m-commerce services, Haïtians have access to safe and affordable savings accounts, credit facilities, and the ability to conduct commercial transactions, which are necessary to achieving sustainable development.

Aaron Rose is an advisor to talented entrepreneurs and co-founder of great companies. He also serves as the editor of Solutions for a Sustainable World.
Posted by Aaron Rose at 5:46 PM