PATH does not Consider China a Recipient, but a Partner 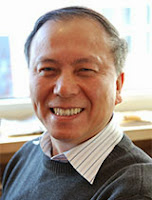 The focus of the previous post on this blog is on the role China plays in the strategy of ROI3, Inc. In doing some research for the post, I found some notes that I took while attending an event at The Bureau of Asian Research (NBR) on March 15, 2013 entitled "China's Evolving Health Industry Investments" featuring Jiankang (Jack) Zhang, PATH’s China Country Program Leader. While the event occurred eight months ago, there are a few points that remain relevant and worth sharing in this post. [Photo of Jack Zhang: PATH/Mike Wang]

"PATH's mission is to improve the health of people around the world by advancing technologies, strengthening systems, and encouraging healthy behaviors," according to its website. The Seattle, Wash.-based international nonprofit organization, which was founded in 1977, says that it "transforms global health through innovation. We take an entrepreneurial approach to developing and delivering high-impact, low-cost solutions, from lifesaving vaccines and devices to collaborative programs with communities. Through our work in more than 70 countries, PATH and our partners empower people to achieve their full potential."

In 2011, according to its Consolidated Financial Statements, PATH's total revenue was $283,838,000. Their funding derives from foundations; the United States government; other governments, other nonprofit organizations, and multilateral agencies such as the World Health Organization (WHO); individuals; and interest from investments 75.5 million people worldwide benefited from PATH's work in 2011 including 4.8 million mothers, newborns, and infants; 8.3 million children and adolescents; and 5.4 million people living with HIV/AIDS or tuberculosis.

As PATH's country program leader in China, Jiankang (Jack) Zhang is responsible for program development, project management, office management, and liaising with local and international collaborators, including local health authorities, public and private institutions, and other nongovernmental organizations in China.

During his presentation, Mr. Zhang said that the Chinese government is encouraging more private investments in the pharmaceutical and biotechnology sectors. He noted, however, intellectual property protection remains a significant concern by private enterprises, particularly companies based outside of China.

In Mr. Zhang's interview with NBR's Claire Topal and Karuna Luthra on May 25, 2011 entitled "A Pivotal Moment for China and Vaccine Manufacturing," it is noted, "The World Health Organization (WHO) announced on March 1, 2011, that the national regulatory authority of China—the State Food and Drug Administration (SFDA), along with affiliated institutions—now meets WHO indicators for a functional vaccine regulatory system. This means that Chinese-made vaccines are now eligible to apply for WHO pre-qualification."

WHO prequalification ensures that vaccines used in national immunization services in different countries are safe and effective for target populations at the recommended schedules, and that they meet particular operational specifications.

During the 2011 interview, Mr. Zhang said, "WHO's clearance opens the door for [Chinese vaccine manufacturers] to apply for WHO vaccine pre-qualification—a regulatory status that opens the door for United Nations agencies and governments to begin ordering the vaccine— with the aim of becoming eligible for vaccine procurement by the United Nations Children’s Fund (UNICEF)."

Responding to a question, during the 2011 interview, on the implications of the announcement for China's role as an international partner in global health, Mr. Zhang explained, "The Chinese health authority considers the WHO clearance a significant step in China's efforts to contribute to global health, notably to African countries where China has already donated to infrastructure, health systems, and anti-malaria treatment and control programs. The addition of vaccines to this portfolio is truly exciting for the Chinese government."

However, according to Mr. Zhang, "Obtaining a WHO pre-qualification certificate is complex and can be difficult to maintain. Ultimately, in my opinion, the biggest challenge for China won't be in building infrastructure, but instead in sustaining the commitment of public agencies and encouraging manufacturing executives to strictly comply with WHO requirements and the new Good Manufacturing Practice code."

The new Good Manufacturing Practice (GMP) code, adopted by the SFDA and effective March 1, 2011, aligns with WHO GMP standards, containing stricter requirements for the production of pharmaceuticals (including vaccines). The SFDA has asked that all newly-built pharmaceutical manufacturing enterprises should comply with the new GMP code. Existing factories, which produce sterile drugs, including blood products, vaccines, and injections, are mandated to reach the new code before the end of 2013. The deadline for other plants is Dec 31, 2015. Companies that cannot meet the new requirements before these deadlines will be forbidden from continuing to produce drugs. See SDA website, www.sda.gov.cn/WS01/CL0844/59017.html.

While Chinese companies may apply for WHO pre-qualification to manufacture vaccines for the African market, Mr. Zhang remarked during his presentation on March 15th that most vaccines used in Africa are manufactured in India. Despite the lack of Chinese-manufactured vaccines in Africa, he emphasized that the 4th International Roundable on China-Africa Healthcare Cooperation, which is scheduled for May 2013 in Gaborone, Botswana, will attract senior government officials and company executives from China and throughout Africa alike. (The World Bank published an article on December 10, 2009 about the initial China-Africa Healthcare Roundtable that was held in Beijing from December 4-5, 2009. This article by UNAIDS dated May 7, 2013 provides a summary of the aforementioned conference held in Botswana.) (Photo: UNAIDS)

Upon the conclusion of Mr. Zhang's presentation, I asked for an update on how China's vaccine manufacturers were complying with WHO requirements including the GMP. He replied that while Chinese-made vaccines are now eligible to apply for WHO pre-qualification, not a single manufacturer has yet be approved for pre-qualification.

While polio was eradicated in China, Mr. Zhang noted tuberculosis remains a problem. PATH produced a document, Collaborating to Control Tuberculosis, about its work to combat TB in China that says, "China has the most MDR-TB (management of multi-drug resistant TB) cases in the world and the second largest number of overall TB cases. The World Health Organization classifies China as a high-burden country. There are an estimated 120,000 new cases of MDR-TB each year in China, accounting for 24 percent of the global total."

Furthermore, according to the TB document, "With funding from the Bill & Melinda Gates Foundation, PATH is responding to the challenge. In collaboration with the Foundation for Innovative New Diagnostics and the Hong Kong Supranational Reference Laboratory, PATH assists the Chinese National TB Reference Laboratory with determining the operational feasibility, cost-effectiveness, and impact of new TB diagnostics in order to help the Chinese Ministry of Health decide whether to introduce and scale up these technologies."

Regarding his organization's operations in China, Mr. Zhang remarked that "PATH does not consider China a recipient, but a partner."
Aaron Rose is a board member, corporate advisor, and co-founder of great companies. He also serves as the editor of GT Perspectives, an online forum focused on turning perspective into opportunity.
Posted by Aaron Rose at 7:06 AM