EatWell: Building a Community through Mobile Phones to Live a Healthier Lifestyle 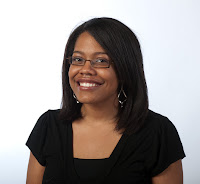 A researcher at the Georgia Institute of Technology has created a system that allows community members to build a support system and live a healthier lifestyle by using mobile phones. According to news release dated February 17, 2010, “The system, known as EatWell, uses mobile phones to record and share audio stories with other members from their community. The idea is that people working together can encourage each other with their stories of how they’ve successfully overcome temptation in an effort to live a healthier lifestyle.” (Photo of Andrea Grimes courtesy of Rob Felt/Georgia Tech)
Presenting her research at the Conference on Computer Supported Work in Savannah, Georgia, Andrea Grimes, Ph.D. candidate in Georgia Tech’s College of Computing, said, “I wanted to make a system that was able to harness the community-held expertise, not just bringing in outside expertise. With mobile phones, I saw an opportunity to use technology to make that information even more visible.” Ms. Grimes conducted her pilot study with 12 participants from a working class background in Southwest Atlanta.
Georgia Tech’s announcement explains that Ms. Grimes “decided to create the system on a mobile platform because she knew it was a pervasive device that is owned by people from all income levels. She also knew that people could leave messages much faster than typing into a desktop computer or into the mobile phone would allow.”
“People talk about being engaged with the content in EatWell because they actually hear the emotion in people’s stories,” Ms. Grimes said. “They could hear the pride and excitement people felt when they tried a new smoothie recipe, or when this guy talks about trying out the veggie burger at Burger King and coming back later that day bringing his girlfriend.”
Ms. Grimes’ research produced some surprising results. One result is people reported feeling a connection with others in the study, although though they did not know the other participants. Another result is the transcriptions contained very little in the way of statements of encouragement or talk of collective action. Ms. Grimes explains, “Most of the research says that for you to have a strong thriving community there needs to be a lot of interaction between the community members. But from our study, we saw that people felt a sense of community even though there wasn’t a lot of interaction.”
Posted by Aaron Rose at 7:53 PM