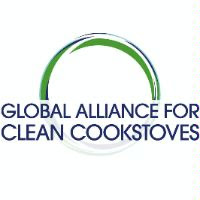 According to the World Health Organization (WHO), nearly two million people die prematurely each year because of exposure to smoke from traditional cookstoves and open fires; that is nearly one death every 16 seconds. Furthermore, three billion people, nearly half of the world’s population, are affected by exposure to smoke from traditional cookstoves and open fires and WHO estimates that exposure to smoke from traditional cookstoves accounts as one of the top five worst overall health risk factors in developing countries. Given the adverse impact of cookstoves and open fires predominately on women and children, I am encouraged by the formation of the Global Alliance for Clean Cookstoves, a US$60 million dollar public-private partnership to save lives, improve livelihoods, empower women and combat climate change by creating a thriving global market for clean and efficient household cooking solutions.

The announcement of the Alliance’s formation was made by United States Secretary of State Hillary Rodham Clinton at the Clinton Global Initiative’s 2010 Annual Meeting. Outlining the problem, Secretary Clinton said, “As many as three billion people are gathering around open fires or old and inefficient stoves in small kitchens and poorly ventilated houses. Many of the women have labored over these hearths for hours, often with their infant babies strapped to their backs, and they have spent many more hours gathering the fuel. The food they prepare is different on every continent, but the air they breathe is shockingly similar: a toxic mix of chemicals released by burning wood or other solid fuel that can reach 200 times the amount that our EPA considers safe for breathing.” Moreover, explained Mrs. Clinton, “As the women cook, smoke fills their lungs and the toxins begin poisoning them and their children. The results of daily exposure can be devastating: Pneumonia, the number one killer of children worldwide, chronic respiratory diseases, lung cancer, and a range of other health problems are the consequence.”

The Alliance’s ‘100 by 20’ goal calls for 100 million homes to adopt clean and efficient stoves and fuels by 2020, which will be achieved by a collaborative effort among public, private, and non-profit partners to help overcome the market barriers that currently impede the production, deployment, and use of clean cookstoves in the developing world. Led by the United Nations Foundation, the Alliance will bring together leading foundations, non-profit organizations, academic institutions, corporate leaders, governments and UN agencies to help overcome current barriers and stimulate a thriving global market for clean cookstoves.

Why launch this initiative in 2010? The Alliance explains that several factors are aligning as never before to put the sector within reach of a “tipping point” for adopting clean cookstoves at scale. These factors include: