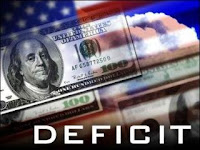 I support Mr. Obama's plan to invest in America's infrastructure, but I disagree with his proposal to cut taxes. If taxes are cut, how will the president-elect fund infrastructure investments? Increasing the public deficit is not sound fiscal responsibility. No one likes to pay taxes, but I think many of us will feel more comfortable if our hard-earned tax dollars are invested more wisely.

An economic stimulus plan should balance the need to invest in public infrastructure and reduce the budget deficit. According a Congressional Budget Office (CBO) Analysis dated January 8, 2009, "The Treasury will report outlays of $1,032 billion through December 2008, CBO estimates, $319 billion more than in the same period last year." Furthermore, "The CBO estimates that the Treasury Department will report a federal budget deficit of $485 billion for the first quarter of fiscal year 2009, $378 billion higher than in the same period last year." I understand that it may be necessary to increase the country's deficit in order to invest in public infrastructure, but we must also take necessary action to minimize our debt burden.

I have written in this blog about how the "New Economy" includes a focus on the renewable energy and green technology sectors, which should increase America's competitive edge in a global economy. The healthcare technology sector is emerging and electronic health records will become a commonly-used tool in the coming years. It is imperative that we invest in these essential sectors and public infrastructure projects such as modernizing schools, fixing the country's transportation sector including repairing bridges and roads, expanding rail lines, and updating the national air traffic control system. However, the government (federal, state, and local) must manage our investments well and take necessary, and often difficult, measures to stabilize our deficit.