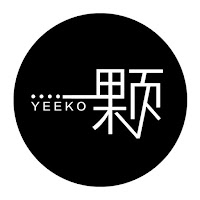 While most Americans (and perhaps people worldwide) pondered on the first year of Donald Trump's presidency on Nov. 7, 2017, I took the day to reflect on the first year of Yeeko, Inc.'s business operations. Incorporated on Nov. 7, 2016 in the State of Washington, Yeeko is the publisher of Yeeko Magazine, a periodical that produces content on culture and literature for Chinese readers worldwide.

From Idea to Product to Revenue

"I do not have any experience in the media sector" is a reply I give when asked about my past work with media companies. My interest in co-founding Yeeko began when my colleagues from ROI3, Jingyan Zhang and Lei "Niki" Tao approached me in Oct. 2016 about their desire to launch a business focused on publishing a periodical. Jingyan, Niki, and a group of their friends from China attending the University of Washington in Seattle knew that a formal business had to be formed, but did not posses the experience of doing so. Committing myself as a co-founder of Yeeko simply resided in supporting a group of young, ambitious young adults with a clearly-defined vision. 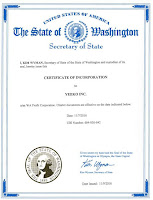 After identifying the co-founders, a company needs to determine the number of members who will serve on the company's board of directors. The seven founding shareholders of Yeeko appointed five individuals to serve on the initial board of directors including me serving as its chairman and treasurer. While each corporation may prescribe a set of specific responsibilities for its chairman, my view is the chairman's primary role is to serve as the corporation's principal advisor. More succinctly, as chairman, I counsel Yeeko's executive management on establishing the company's strategic direction and achieving its long-term goals.

Once the governance structure was put in place, managers needed to be identified for the purpose of building the operational team. Jingyan took on the position of Yeeko's president and publisher of the magazine. Boya "Shirley" Ouyang, a co-founder and director, served as the magazine's editor-in-chief. Niki took on the role as the company's initial director of human resources and Jiang "Carl" Wu, a co-founder and director, provided input on the company's sales and marketing strategy.

As chairman, I have to strike a balance of letting my colleagues make small mistakes with the intent they will learn from those mistakes versus intervening in the company's operations to prevent large mistakes from occurring. Observing how other Chinese students attending American colleges form their respective student clubs or for-profit businesses over the past several years, I witnessed a common mistake where those leaders create a team unnecessarily large for the entity's initial operations. Yeeko was no different as the initial operational team consisted of approximately 13 individuals and subsequently grew to over 20 within just a few months.

Irrespective of my concern for the team's size, Jingyan and her colleagues were able to produce the first issue of Yeeko Magazine within two month of the business' incorporation. Funded entirely by its co-founders, 1,000 copies were published through a company in Beijing with 100 copies to remain in China and 900 shipped to Seattle for distribution to restaurants, retailers and other distribution points throughout the state of Washington. With a plan to publish on a quarterly basis, the magazine's business model is to offer it for no cost to the our readers with revenue deriving from advertisements.

The second issue of Yeeko Magazine was distributed in March 2017, which is the first issue to contain paid advertisements. The third and most recent issue to date contains enough advertising revenue that covered the printing and shipping costs, which represents the dedicated work by Yeeko's sales team. Reflecting on the three issues of Yeeko Magazine, I am impressed with the high-quality work produced by Shirley and her talented editorial team.

Plan for the Long-Term, but Prepare to Pivot on a Moment's Notice

As a result of my penchant for corporate structure, I lead each meeting of the board of directors with a formal agenda and adhere to the parliamentary procedure set forth in Robert's Rules of Order. At a minimum, I call for a meeting of the board of directors on a quarterly basis to review the material activities that occurred during the preceding quarter, a presentation of the company's financial report (profit & loss statement and balance sheet), and provide the company's president an opportunity to present a guidance of what to expect in the next 6-12 months of the company's operations. Governing in this manner provides transparency and accountability necessary for a company to succeed. In other words, it is best to avoid any hidden surprises that may distract a company from its core mission.

Yeeko held its first annual meeting of shareholders on May 20, 2017 at the corporation's headquarters in Seattle, Wash. The purpose of this meeting was to elect individuals to serve on the board of directors until the next annual meeting of shareholders and for Jingyan, as the company's president, to present her vision for the coming year. While the attendance of shareholder meetings are generally limited to current shareholders of record, I felt individuals of the Yeeko team, whether or not they own shares of the company, should be invited to attend the portion of the shareholders meeting when Jingyan presented her report. A few individuals attended and had the opportunity to question Jingyan's vision.

To my surprise, however, I learned a few days after the first meeting of shareholders that a small group of Yeeko's team members wanted to make a strategic change to Yeeko's corporate structure. This small group proposed that Yeeko Inc. be dissolved and reformed as a student organization. While I disagreed with the proposal, I felt that it should be given its fair consideration out of respect for the proposal's supporters. Therefore, I called an emergency meeting of the board of directors and shareholders to entertain a motion to dissolve the corporation pursuant to Title 23B of the Revised Code of Washington (also known as the Washington Business Corporation Act). The shareholders voted against the motion to dissolve the corporation, which, in effect, allowed for the continuation of supporting Jingyan's vision.

Those who supported to dissolve Yeeko Inc. decided to leave the company altogether. This, unfortunately, caused a halt in the production of our magazine. It does, however, present us with an opportunity to pivot our corporate strategy to focus on the creation of a digital platform via WeChat, a Chinese social media mobile application software developed by Tencent.

Mistakes were made during our first year of operations. This is normal for any company, but particularly so for a company like Yeeko where its operational team is comprised by a group of people in early 20s with very little business or management experience. I am confident lessons were learned that will lead to an improved management style as well as an effective execution of the business' operational strategy.

It was an exciting first year for Yeeko and I am optimistic about what our company will achieve in 2018 and beyond. For those of you who use WeChat, I invite you to follow Yeeko through our WeChat page by scanning the QR code below. 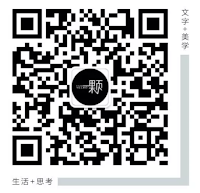 Lastly, I want to express my appreciation to my fellow members of the board of directors, Jingyan, Shirley, Carl, and Niki, for their time and commitment. I also appreciate all those who are or were part of the Yeeko team during our first year for producing an outstanding product of the highest quality. And to our readers and advertisers, a special "thank you" for your support.

Aaron Rose is a board member, corporate advisor, and co-founder of great companies. He also serves as the editor of Solutions for a Sustainable World.
Posted by Aaron Rose at 11:36 PM