According to its latest report on the state of the mobile economy in North America, GSMA Intelligence says that "[b]y the end of 2020, 327 million people in North America subscribed to mobile services, representing 83% of the region's population. This places North America among the world's most developed mobile markets. However, increasing market saturation also means that subscriber growth is slowing, a scenario that is also occurring in other advanced markets around the world."
GSMA Intelligence, the research arm of the GSMA, a UK-based organization that represents the interests of mobile operators worldwide, further asserts: "By the end of 2025, 5G will account for almost two thirds of total mobile connections, which is equivalent to nearly 270 million connections. 5G will also account for 98% of mobile capex over the next five years as operators step up deployments of mid-band spectrum."

Operators in the region are looking to bring new suppliers and technologies into the network. "The GSMA Intelligence Operators in Focus survey indicates that expanding 5G coverage and open RAN deployments are the top RAN priorities in North America, while virtualization investments, security and edge computing are crucial for the core network," the report explains.
With respect to policies enabling digital advancement, the report suggests the "speed, reach and quality of 5G services depends on governments and regulators supporting timely access to the right amount and type of affordable spectrum, under the right conditions. Policy also has a role to play in the shift towards open and virtualized networks, by creating an enabling environment that will support the deployment of new RAN infrastructure."
Other key findings include: 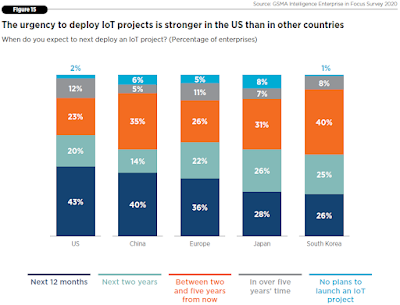 Regarding the mobile sector's efforts to help achieve the UN's climate-related sustainable development goals (SDGs), GSMA Intelligence says "North American operators are making strong progress on SDG 13: Climate Action, with mobile at the forefront of efforts to tackle climate change." Furthermore, "at the end of 2020, 80% of operators by revenue disclosed their climate impacts, while almost two thirds of operators by revenue had set science-based targets to cut their carbon emissions rapidly over the next decade. In North America, several operators have set a science-based target of 1.5°C, which is in line with an ICT sectoral target-setting approach recently developed through a collaboration between the Global Enabling Sustainability Initiative (GeSI), the GSMA, the International Telecommunication Union (ITU) and the Science Based Targets Initiative (SBTi). These targets support the Paris Agreement’s central aim of strengthening the global response to the threat of climate change."
Lastly, "Switching to renewable energy will play an essential role in the mobile industry reaching net-zero carbon emissions. Most emissions within the direct control of operators are from electricity and diesel consumption by power networks." 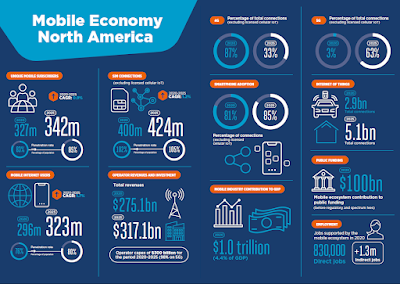 In addition to switching to renewable energy, how can North America's mobile sector help achieve climate-related SDGs including including SDG 7: Affordable and Clean Energy, SDG 11: Sustainable Cities and Communities and SDG 15: Life On Land?
Aaron Rose is a board member, corporate advisor, and co-founder of great companies. He also serves as the editor of GT Perspectives, an online forum focused on turning perspective into opportunity.
Posted by Aaron Rose at 3:00 PM